Photos of the 2015 USA and IARU-R2 ARDF Championships 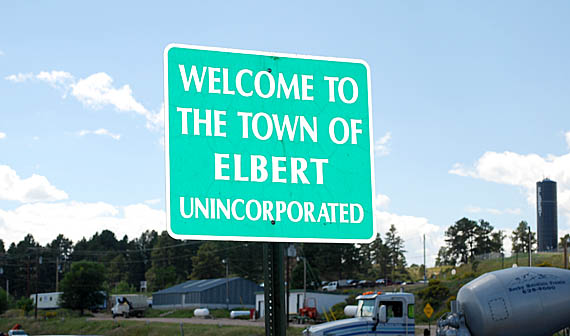 The town of Elbert, Colorado is 45 miles southeast of downtown Denver.

It has a new high school... 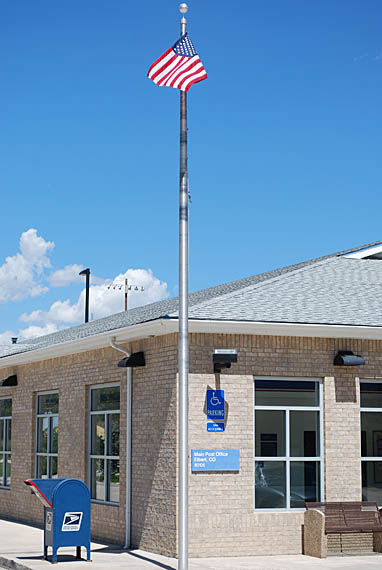 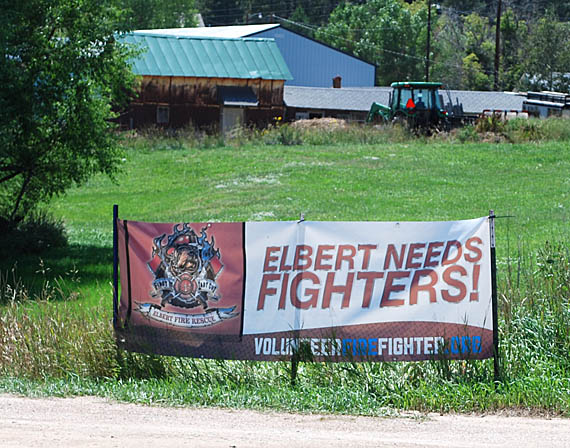 ...and a volunteer fire department. 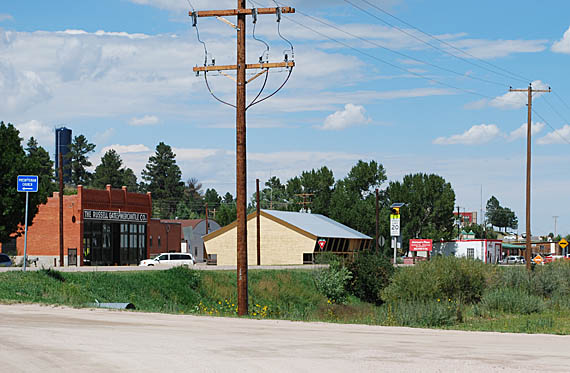 The main street in Elbert is pretty short.  The most prominent building is the old Russell Gates Mercantile Company's brick structure, where James Cash Penney (yes, the J. C. Penney) was once a cashier.

Meet Director and Registrar for the championships was Brian Coleman of Rocky Mountain Orienteering Club (RMOC) and the Denver Scout Council.  His goal is to make ARDF a mainstream Scouting activity.

Monday's optional training took place at Round Mountain, near Lake George, Colorado.  At the northeast edge of that mapped area is the privately-owned M-Lazy-C Colorado Dude Ranch and Homestead.  There was a classic 80-meter course on Monday morning, followed by a foxoring course in the afternoon. 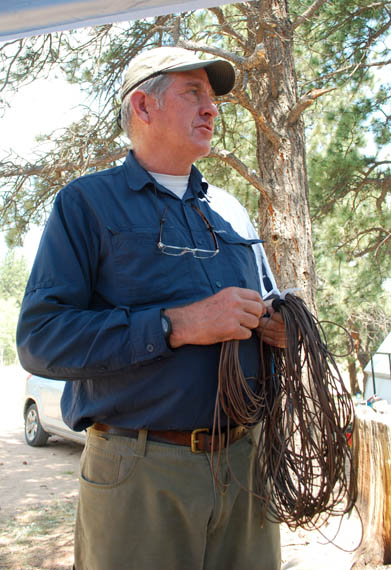 Doug Berling of RMOC arranged for the use of the ranch as a gathering, start and finish location, and helped out in countless other ways.

This is a working ranch with cattle and horses, but nobody got a chance to try transmitter hunting on horseback.

The large circle at top right on the Round Mountain map is the exclusion area around the start and finish.  Many competitors like to mount their maps in plastic so they can mark bearings and transmitter locations. 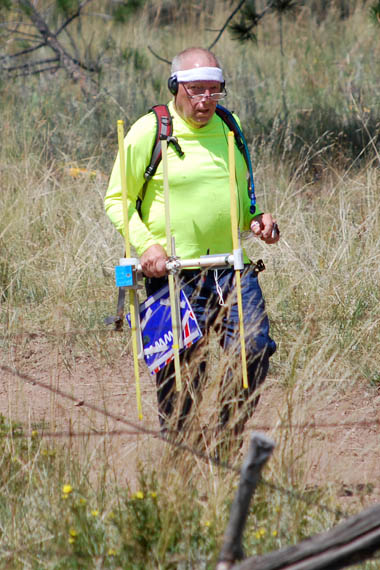 Dick Arnett WB4SUV of Erlanger, Kentucky has been doing ARDF for many years, but he participated in all three days of optional training to hone his skills. 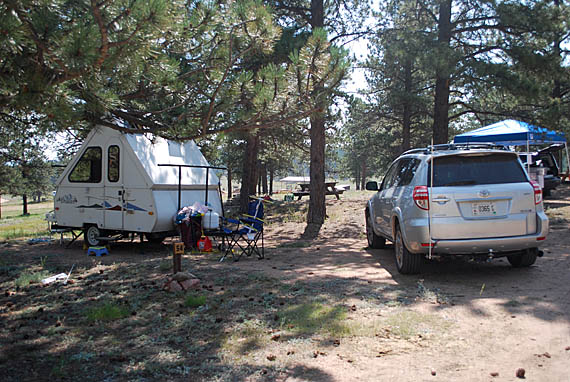 Dick and his wife camped out at the training venues and the Scout ranch in this trailer.

It was back to the M-Lazy-C Dude Ranch on Tuesday morning for a classic two-meter ARDF event training session.  Although competitors in most categories are requred to find only three or four transmitters, most at this session tried to find all five for maximum practice. 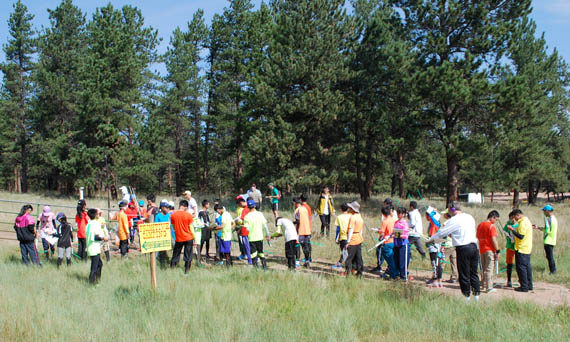 Fifty-seven middle- and high-school youth from the Guangzhou No. 2 High School in China came to the championships as a group with some teachers and parents, beginning on Tuesday.  They were lodged in Castle Roack and traveled to the venues in a big bus. 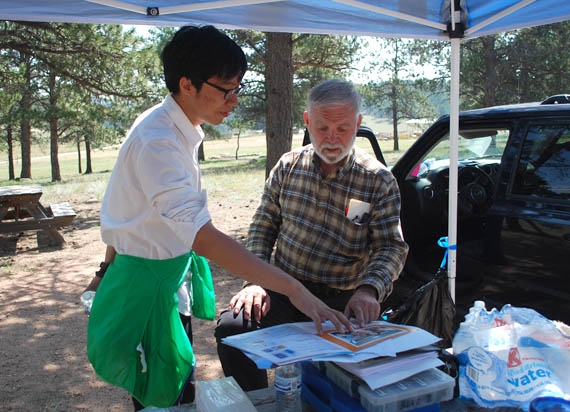 Many of the Chinese students were proficient in English, but the group brought an official translator, Weijia Li (at left).  He was known to everyone as "Walker."  We kept him busy!  Here he discusses Chinese ARDF equipment with Course Designer Marvin Johnston KE6HTS. 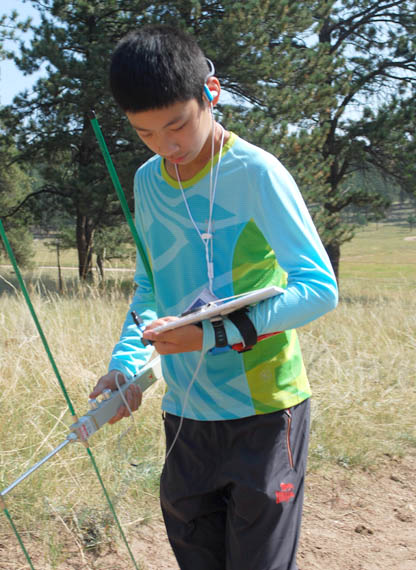 For these young people, ARDF is an extracurricular activity that they pursue with great enthusiasm.  Each student brought his or her own equipment.  This one is carefully studying his map as he leaves the starting line on the two-meter classic event practice session.

Back to the 2015 USA ARDF Championships report page